Brisk business for Midlands at Paris

Life was busy last week for MAA members and the MAA team at the Paris Airshow.

10 MAA members exhibited on the MAA stand. Business was brisk throughout the show.

Life was busy last week for MAA members and the MAA team at the Pairs Airshow.

Business was brisk throughout the show with exhibitors continually holding customer meetings on their own "pods" or the central meeting area.

Several VIPs visited the MAA stand including the Business and Energy Minister Michael Fallon who launched the NATEP programme to support new technology in the UK aerospace supply chain.

Highlights of business on the MAA stand

10 companies exhibited on the MAA stand. That made the Midlands presence the largest regional stand within the UK Pavilion.  Many other MAA members visited the show and the MAA team enjoyed catching up with them when they dropped by the MAA stand.

Business meetings on the MAA stand 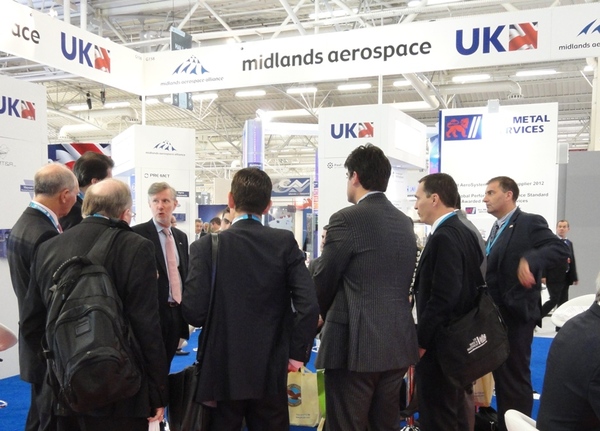 Activities on the MAA stand

The MAA organised a networking event where UK companies could learn more about the opportunities for new technology funding through NATEP.

If your company is interested in exhibiting with the MAA at any future airshows please contact Emma.

More pictures of the MAA stand and exhibitors

DRAMA additive hour is taking a break this week