Bustling Farnborough Airshow for MAA and its member companies

The attention at the Farnborough Airshow 2016 may have been taken by more aircraft and engine orders, and by a flying display featuring the F-35 Lightning II for the first time, but the show was equally positive for supply chain companies belonging to the 300-member Midlands Aerospace Alliance.

Prime Minister David Cameron opened the airshow on the first day.  He was joined by Sir Richard Branson who signed a deal with Airbus for 12 Airbus A350s. In total, 191 orders were announced for civil aircraft across the show, totalling £12bn – worth £2.5bn to the UK aerospace industry. Meanwhile, 55 aerospace companies with operations in the Midlands exhibited at the show, 23 of them presenting themselves on the grand MAA stand which was very busy with meetings and discussions for four solid business days.

The Midlands presence at Farnborough generated a significant amount of promotional publicity for the MAA and for member companies in regional media. The MAA team worked hard behind the scenes during the week setting up future business opportunities for MAA members – with our Italian partners Torino Piemonte Aerospace and the Czech aerospace industry, thinking ahead to the new "Aero Engine Forum Birmingham 2017" event next April, and to the Paris Airshow next June – so “watch this space!” 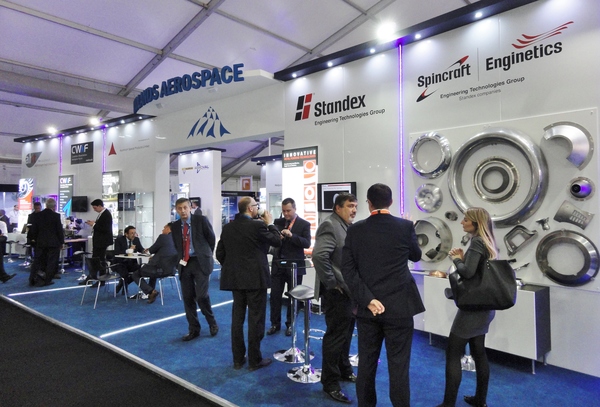 Highlights of business for Midlands companies

Twenty three companies exhibited on the MAA stand making the Midlands regional presence one of the largest at the entire show. More than 120 MAA member representatives worked on the stand at one time or another during the week. In addition to the MAA core team, 8 of the MAA's 16 directors worked on the stand over the course of the week to talk business with our exhibitors.

At least 30 other MAA members were present at the show with their own stand and many other MAA members worked hard at the show as trade visitors. The MAA exhibitors and team enjoyed networking with them all on an MAA stand which drew many admirers for its sense of spaciousness and openness to business. In addition, our NATEP supply chain technology team were on hand to explain a variety of Midlands projects which are currently benefitting from NATEP funding. New NATEP-supported technologies were presented in a fabulous showcase display. The MAA highlighted all its members to visitors with the new printed MAA Capabilites Directory and on our now-traditional MAA members' "wall of fame" (see image below).

“Yet again at Farnborough, our Midlands aerospace stand was busy with meetings for all four trade days, and that is good news for our companies and our cluster. It was great to observe the mutual support all members of the Midlands aerospace community give each other at events like this, whether large firms, small companies or our other partners like the universities and local government bodies.” 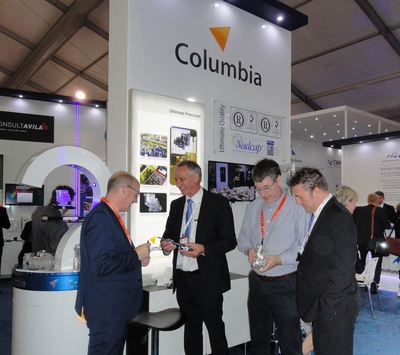 Meetings on the MAA stand 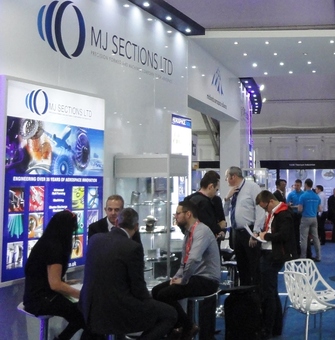 More meetings on the stand 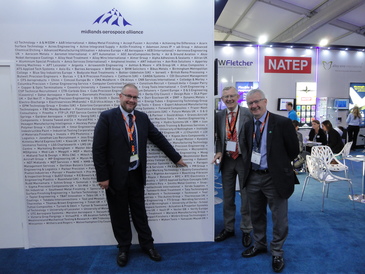 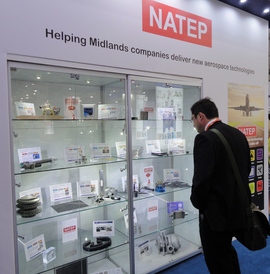 NATEP projects on display on the stand

Activities organised by the MAA

The MAA organised a series of business opportunities for exhibitors over the course of the week: 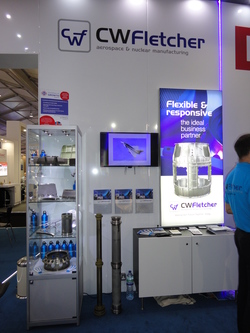 Future trade shows with the MAA

It seems early but if you are interested in exhibiting with the MAA at Paris 2017 register your interest now - space will be limited. Contact emma.burgess@midlandsaerospace.org.uk.

Get ahead during this pivotal year