Organisation forms link to Midlands-based Once We Were Soldiers

The Midlands Aerospace Alliance (MAA) are proud to announce our new charity partnership with: Once We Were Soldiers.

After strong support from attendees of the MAA Dinner 2017 and raising £1,500 for the Midlands based charity Once We Were Soldiers, the MAA now plans to continue to work with the group and support its valuable work.

Once We Were Soldiers is a Midlands charity that predominantly focuses on providing support to veterans of HM Armed Forces who are currently homeless. The funding raised by the charity provides: emergency support, shelter, food, clothing, and accommodation, correct medical treatment for PTSD and drug/alcohol rehabilitation and support in obtaining correct financial entitlements. The goal is to open more fully functional transition centres in the UK, providing training and support for former Armed Forces personnel who are in the process of transitioning and resettling into civilian life. 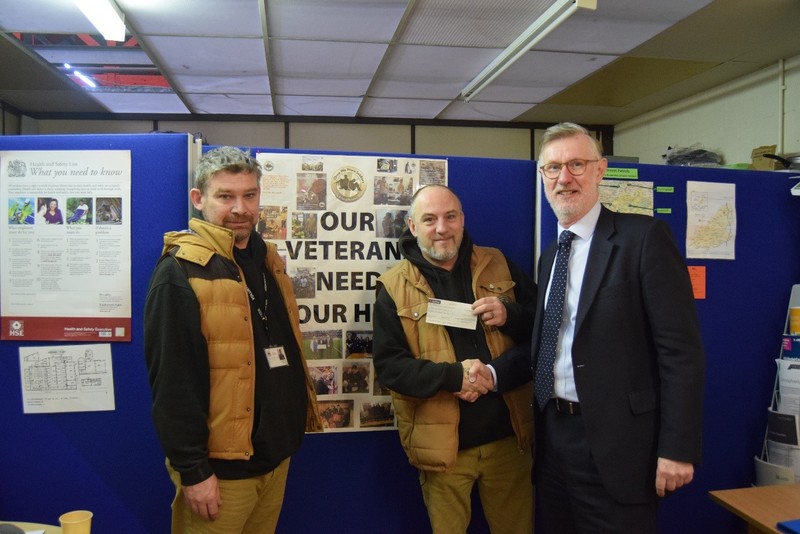 Pictured: MAA Chief Executive Dr Andrew Mair hands over a cheque for £1,500 to Andy Spires founder and chairman of Once We Were Soldiers.

Watch and listen to Aerospace UP week