Midlands aerospace suppliers on an MAA/UKTI trade mission to southern Italy were treated to an intensive schedule of plant visits and business meetings.

They visited two primes, eight tier 1s and a big aerospace research centre as well as participating in two networking receptions each with more than 20 local aerospace suppliers, one of which kindly sponsored by E&Y.

The trade mission, organised by the Midlands Aerospace Alliance and UKTI’s Italian aerospace experts, was focused on the aerospace clusters in the Campania region around Naples and the Puglia region around Brindisi. The MAA group visited these organisations: 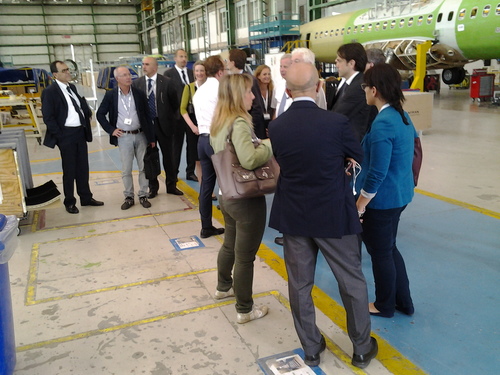 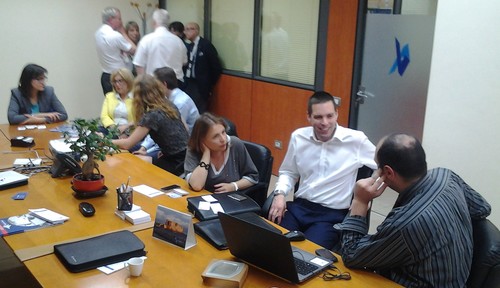 1-to-1 business meetings at Abete Srl

The visits to all sites included presentations by the two sides, facilities tours and opportunities for one-to-one discussions. In total, the Midlands team met with more than 50 senior managers during the site.

Speaking to reception at British Consulate Naples sponsored by E&Y

Feedback from Midlands participants was uniformly positive. Accordingly to Indestructible Paint, “this was one of the best trade missions we have participated in.” Said ATA Group, “almost all our meetings were fruitful.” MAA guest Beagle Technology reported: “brilliant trade mission: we received our first RFQ before the mission was finished and three others shortly after!”

Dr Andrew Mair, MAA Chief Executive, who led the mission, commented: “working closely with the Italian aerospace clusters as well as UKTI’s excellent Italian aerospace experts "produced the goods" for our members once more; having observed all the meetings up close, I am convinced this trade mission will have created significant new business relationships.”

This trade mission was the latest of a series of MAA activities with Italian partners designed to provide business opportunities for MAA members.

In addition, UKTI's Italy aerospace experts have worked exclusively with the MAA directly supporting exhibitors on the MAA stands at the Farnborough and Paris airshows to meet Italian potential customers.

Look out for the MAA’s “How to do business with Italian aerospace” workshop now being planned for late June.