What started as an output improvement for specialist manufacturer G&O Springs has turned into a step-change for the business.

Midlands-based G&O Springs has been investing in major developments in its manufacturing plant and processes. Over the last year, the company has added CNC coiling to its capabilities to reduce costs and increase capacity, with very encouraging results.

Managing director Steve Boyd said G&O is looking at growth of more than 50% after adding a complete auto-coiling department. The first of three new cells has been set up and is being commissioned.

“We’ve always been seen by our customers as a small-volume niche supplier,” he said.

“This development allows us to achieve the same excellent levels of quality in much higher and more cost-effective production runs.”

With the new process, a spring expert works with the setter team to engineer the product to allow semi-skilled operators to perform the secondary operations required to get the part through final inspection.

These spring finishers work to standard operations and method sheets that are batch-dependent.

Boyd said the investment to date is about £375,000, with additional spending planned later in the year.

"Our weekly output has risen by 46% over the last few months but we’re targeting an additional 50% increase with the new system."

The decision to automate was initially purely down to capacity constraints. What was originally just an improvement in output rates for coiling has turned into a complete step-change for the business which I hope will allow us to scale the business and break what we always perceived to be a capacity ceiling.

"We are now split into effectively two value streams. We run anything with a volume of more than 250 parts through the new route. Anything below that goes through the our existing production set-up."

This rapid expansion has resulted in an increase in the workforce, which is now up to 40 employees. Boyd said the company can’t recruit fast enough, and has started to think ‘outside the box’ for staff.

“We were at an Autism Employment Awareness fair with a view to taking on people with autism as we have a role that we think would be perfectly suited,” said Boyd.

G&O is also in discussion with the British Legion and Walking with the Wounded about recruiting veterans as another way to “create the workforce of the future”. 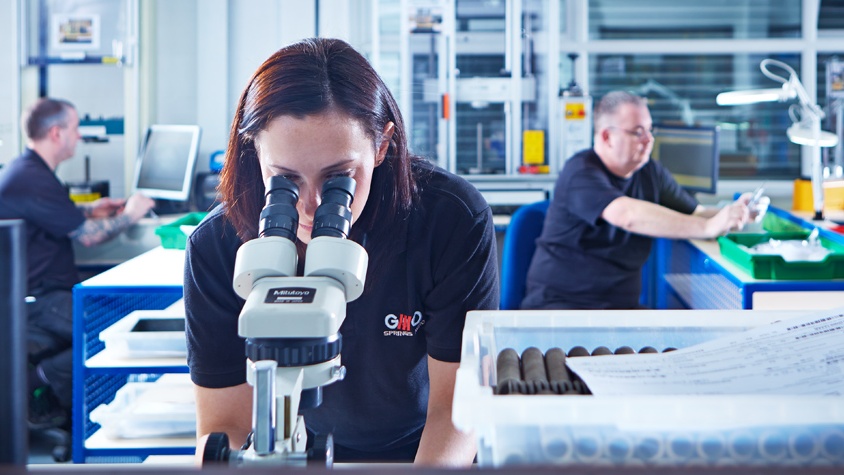